In preparation for the blizzard, we  sprinkled all the sidewalks with salt because of the weather predictions that icey rain would precede the record snow fall. Most of our tenants canceled the next day’s appointments and packed up work to do at home.

Early in the morning it was apparent that the icey rain wouldn’t effect Springfield the same way as it had in 2007. That year the ice froze before hitting the ground, encasing all the trees and power lines with ice, and the result was fallen trees and electrical poles and lines.

Power was down everywhere in Springfield and southwest Missouri — some places for over a week. Fortunately the RDI Building never lost electrical power throughout the ice storms of 2007.

By 11 a.m. on February 1st, snow was falling fast and furious, and by noon, visibility was almost nil. The few tenants who had come in the morning to work had wisely returned home. We continued clearing the sidewalks throughout the day to keep the snow from piling up too high in front of the office doors. Late that night after the snow stopped falling, snow plows cleared the front parking lot. 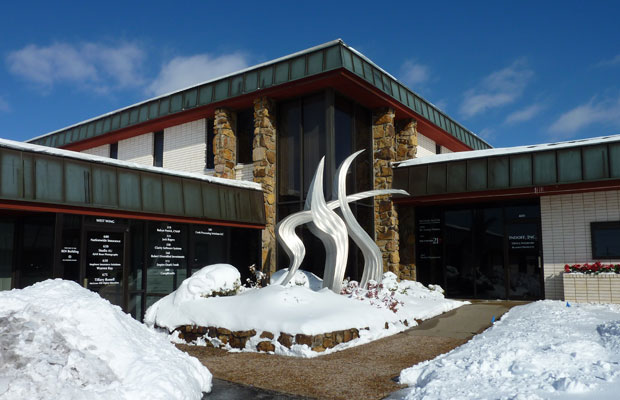 Snow had drifted overnight back onto the sidewalks, in addition to the piles pushed there by the snow plows, so they had to be cleared again. The back parking lot was cleared by a backhoe. Major streets had been pretty well cleared by the Springfield Public Works Department, but most side streets were still thick with snow. Everywhere cars and trucks were stuck in snow drifts at the junctions between major and minor streets, often blocking the intersections.

By late morning, a few tenants began making into work and things began getting back to normal. Below freezing temperatures in the day and below zero at night makes traveling dangerous, so be careful out there. Dress warm and take common sense precautions:

About the RDI Building

The RDI Building is a full service Class A office building located at 3003 E. Chestnut Expressway, Springfield, Missouri – conveniently near Hwy. 65 and just a few minutes from downtown Springfield.